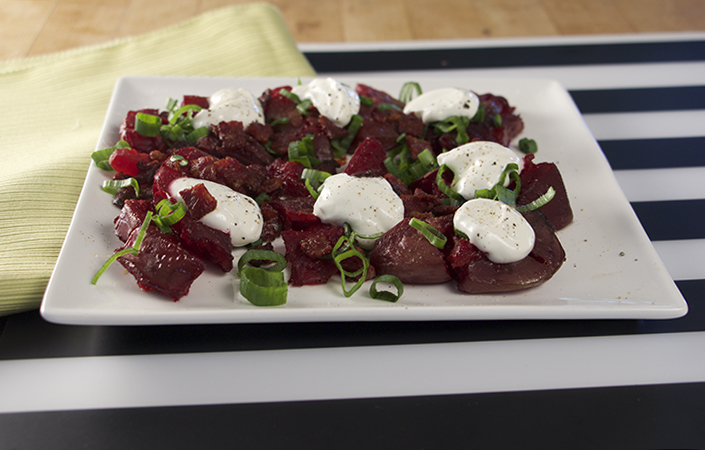 No beets were harmed in the making of this dish. The idea for this recipe came about in a rare quiet afternoon while I was flipping through a food magazine. A chef was presssing beets for a dish. I immediately thought of a popular way to cook potatoes – parboil, then smash on a cookie sheet and roast with butter. One of the easiest ways to cook CSA veggies is to shake up a classic dish, subbing beets for potatoes works! As I made my way to the kitchen I remembered the spring onions, then bacon, sour cream, and this dish was born. 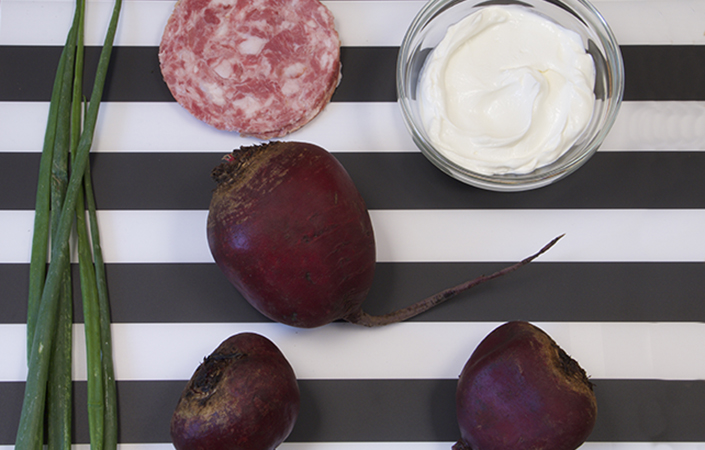 You might argue that anything topped with sour cream, bacon, and spring onions will taste better and it’s probably true! Sweet, savory beets are a great pairing to anything creamy, and the bacon bits, well it’s bacon! If you don’t enjoy bacon, just leave it off. We got this great cottage bacon from Good Life Farm’s CSA+ and you can too. 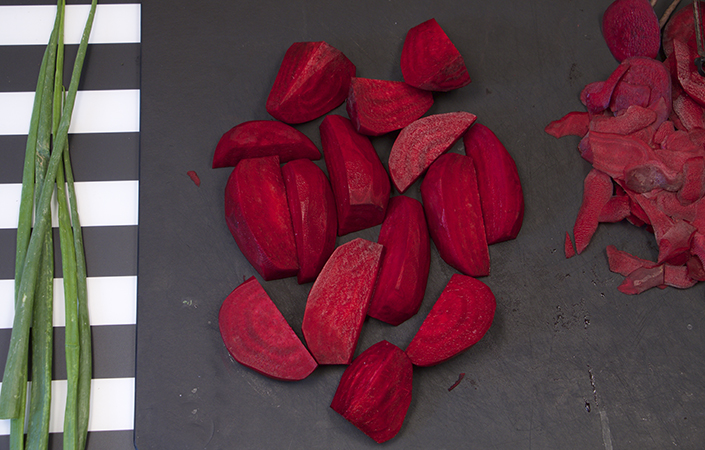 Beets can take a long time to boil, so plan ahead and let get them started about an hour before you want to cook dinner. Beets should be tender enough to smash with a wooden spoon. 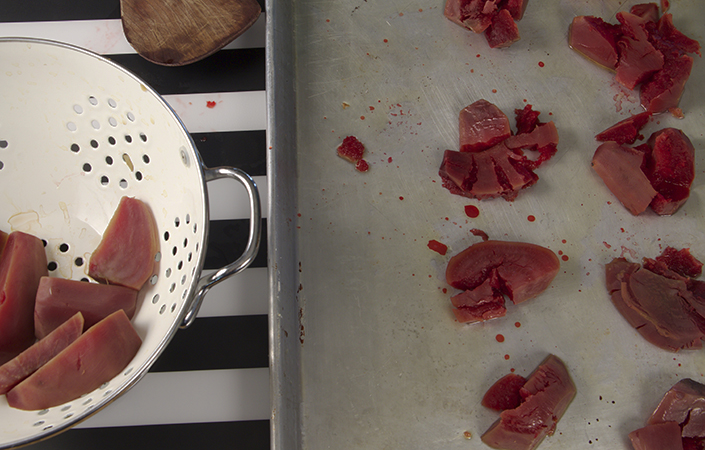 Top each beet with a little pat of butter (just enough), and roast until the edges start to crisp. Transfer to a platter and garnish. 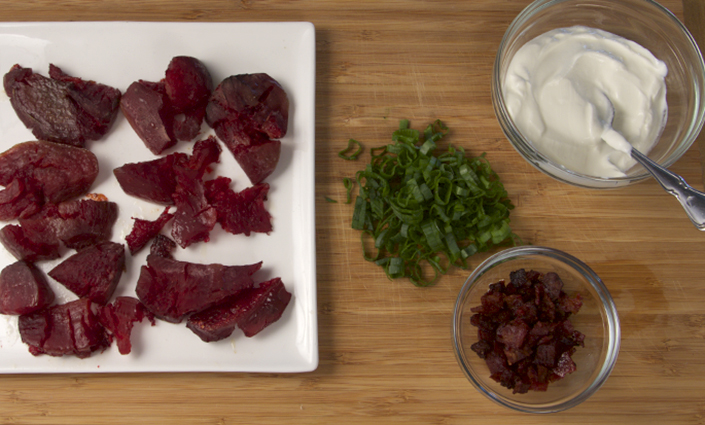 Bring a large pot of salted water to boil. Boil the beets for 45 – 60 minutes until soft enough to smash with a wooden spoon.

Preheat the oven to 425°F Oil a baking sheet, or line it with parchment. Smash the beets one by one on the sheet, evenly spaced. Season with salt and pepper, then place a little piece of butter on top of each beet. Roast for about 20 minutes until the edges of the beets start to get crispy.

While the beets are baking, dice the bacon and crisp in a pan over medium heat. Drain.

Transfer the beets to large platter. Scatter the bacon and scallions all over the beets and dollop with sour cream. Grind fresh pepper over the top. Serve at once.